Hey there, it is SMASH LEGENDS!

The following changes will be in place after the July 20th (Tue) update.

Please refer below for details.

- To welcome summer, the title illustration has been changed to a vibrant summer theme. 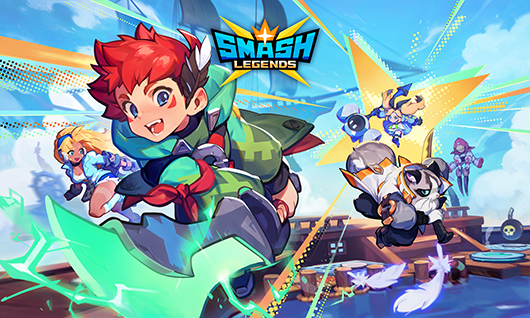 - Now that summer is here, the lobby screen theme has been changed accordingly.

: July 20th post-update - before the maintenance on August 3rd (UTC+0) 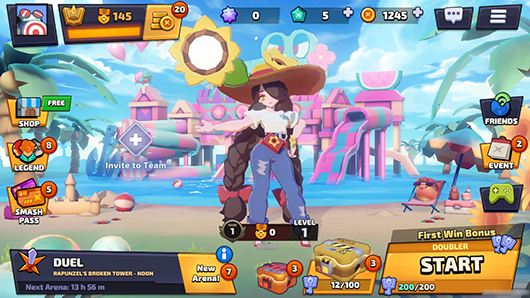 ⛱️ Addition of a New Mode

- For the weekend-special event arena, a new mode, Arcade Survival, is open.

: This mode will be available for the first two weeks after the update.

After that, it will be back to the original rotation.

: The rotation order for the special arena will follow in this order

As the underwater palace of a King is dismantled, turtles also left to find their own way to live.

Some of the turtles remained in a restaurant that was newly built after the underwater palace and some found new jobs.

Among them, those who got a new job in a water park!

As most of them are a new generation, they like to enjoy their life FLEXing.

They are excited to participate in SMASH LEGENDS and

are very much satisfied with the FLEXing way of life that they are familiar with.

: This is a mode played by 6 individual players and the game will start with a certain Bounty.

: The player with the most bounties at the end of the game wins.

: If you are SMASHed, you will be revived after paying a certain amount of bounty points.

(If you don't have enough bounty points, you will not be able to revive.)

: Pick up Watermelons or SMASH foes to gain bounties. (SMASH the player with the most bounties to get more bounties for yourself.)

: Turtles appear to disturb players. Players that are in contact with turtles will be flown away further.

(Upon purchasing each package, you may get the respective skin and 1 x Super Special box.)

- At the Dream Shop, two Legends, Hook and Ducky and Swan are added.

: If you already own those Legends, those items will not be displayed.

- At the Dream Shop, Alice Emoji Box and Cindy Emoji Box have been added.

- At the Dream Shop, Summer-themed Skins are also added.

- The Challenge system gives more medals when you are at a medal disadvantage.

: If there is a large difference in medals between the matched opponents, the challenge system will be triggered.

: This system will be triggered after matchmaking is initiated (except for friendly matches)

: Depending on the owned Legend medals, the game mode (solo/team), and other various scenarios,

whether the challenge system will be triggered or not will be decided.

ㄴChallenge system will not be triggered if a player with the highest medal/the average Legend medal in a team is below 100.

ㄴFor those who have reached 1,500 Legend medals, the challenge system will not be applied.

ㄴFor 0-1,499 Legend medals, whether the challenge system gets triggered or not varies depending on medal difference.

ㄴAfter achieving 1,000 Legend Medals, it gets very difficult for the challenge system to be triggered.

- Win/Lose rewards that the challenge system was applied are based on the player's current number of medals.

- If a challenge system has been applied, a message will be displayed at the start of the game.

: You may check whether the challenge system is triggered by checking the right side of the game screen. (Tough Foe! / Challenge!)

: You may check whether the challenge is triggered or not for yourself only.

- You may check whether you gain the challenge system through the game result screen and battle log.

: You can check the number of medal changes and battles that gained the challenge system.

■ NEWS added in the Menu

- Tap the three lines menu button, then you may see the newly added NEWS.

- When you tap the NEWS button, you may check all notices that are posted on Floor, our community site.

: When hitting a foe with Ultimate, sometimes foe's stun effect gets disappeared which allows the foe to run away.

The number of times this happens will now be reduced.

: The direction and strength of the knockback of the ultimate attacks have been adjusted.

Before foes hit fell slowly, but now it has been adjusted to hold the same location when foes got attacked.

: Increases stun duration of attack his.

: Nui's skill features excellent ground-to-air ability which is useful at controlling an area.

: Foes against Nui should be able to respond by moving to another place avoiding Nui's skill applied area.

However, the current projectile spawning speed is too fast to respond.

Now, we have adjusted for foes to respond to Nui's skill better.

: Significantly increases the time it takes to hit foes within the attack range.

[Aerial Skill]
: Attack range is changed to be the same as the ground skill.

: Red charges and attacks from a long distance. This makes a foe hit by Red difficult to recognize her and respond to Red's attack.

: Adjusted Red's rather not reasonable skill so that it is easier to respond.

so we are removing auto-aim.

: The Legend's movement speed and range details will be changed to match the actual specifications.

- By adding effects to some ultimates that have a wide range, the judgment range is improved to make it easier to recognize.

- For the king of the Crown Guard arena, the 1st place in Arcade Survival, or others who play a significant role in the battles,

an UI that displays an important status is added.

- For the Battle Royale arena, nicknames of the foes will be hidden. 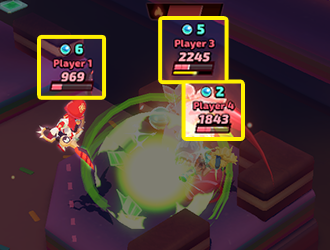 - When you attack the bag to obtain candy, it might contain cooldown drinks or bombs now. 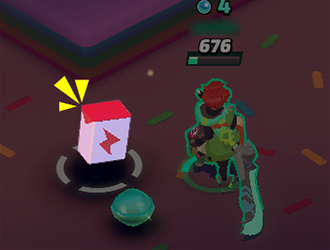 : You may check when the next item will be spawned. 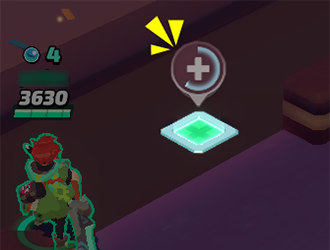 - Package design in the shop has been improved.

- When landing on the edge of the map with Cindy's aerial skill, it will slide smoothly off the map.

- Fixed an issue where rays of light (Nui's Skill) landing point did not accurately indicate where the rays fell.

- Fixed an issue where Nui's aerial skills were sometimes spawned in the wrong location.

- Flying Trunk - Late Night map: Fixed an issue where the initial item spawning time of both item points is different.

- PC version key custom: Fixed an issue when inputting some of the keys which have long names, a new line is started.

- PC version key custom: Fixed an issue causing text to be put out of UI when registering arrow keys for an attack, skill, and ultimate.

- Fixed an issue where icons appear in yellow on some AOS devices that has small screens.

and the one displayed on the top right corner of the event screen do not match.

The above contents may be changed due to an unexpected issue.