Hey there, it is SMASH LEGENDS!

The following changes will be in place after the August 17th (Tue) update.

■ Addition of a New Mode

- For the weekend special event arena, a new mode, Team Deathmatch - Tiny, has been added.

: The rotation order for the special Arena after the update is as follows:

The sky is filled with ominous green aurora. Due to a wicked spell cast by the Witch Queen and the Crescent Moon Witches, the bizarre power of green has also come to affect the Flying Trunk.

The magical power will make you tiny the moment you step on the trunk, so be careful!

: The size of the Legends will decrease as soon as the game begins!

: It is a 3v3 team battle, and ten score fields are displayed at the start of the game.

: If you SMASH the opposing team player, you get 1 point, and the first team to earn 10 points wins.

: Unlike the gigantic legends in Giant Mode, you must be in control of the teeny-tiny Legends, so get ready!

- Two Legends, Master Cat and Ravi, are added in the Dream Shop.

: If you already own these Legends, they will not be displayed.

- Master Cat Emoji Box and Dream Emoji Box have been added in the Dream Shop.

- Dream Skin Box Ⅲ has been added in the Dream Shop.

→ It contains one of the following Skins.

[!] A brief comment about the balance: We have adjusted her movement to be linked better.

[!] A brief comment about the balance: It is considerably challenging to fight against charging Wolfgang. While maintaining Wolfgang’s attacks, his charging attacks will be slightly nerfed.

: Adjusted to hold on the edge when attacking towards the direction of the edge.

: The amount of knockback is slightly increased.

- When opening multiple boxes, a UI showing the number of remaining boxes is added. 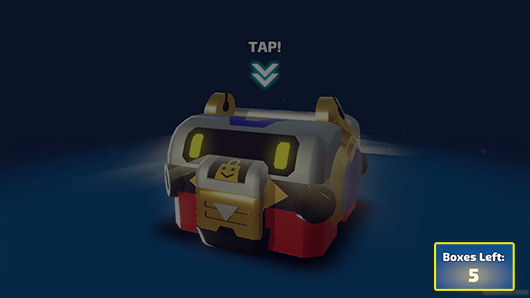 (League Boxes that you can open with keys are not affected by this change.)

- In the profile menu, you may now see the names of your profile icons.

- Each Legend's default skin name will be displayed now as below. 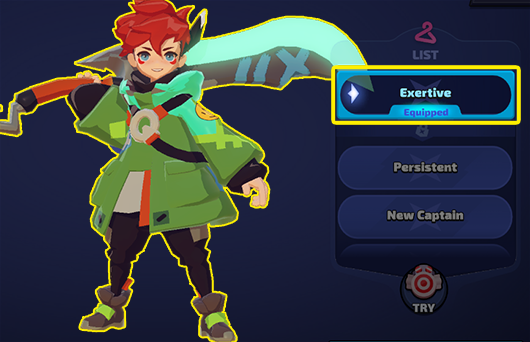 - Overall UI/UX of the Shop has been improved.

- A Bonus text has been added on the bottom of the products in the Shop.

- The design of the OK emoji has been modified.

: The design has been modified since it could have implied a negative meaning in some countries or cultures.

- The sort order on the Legend list will now be saved. Even after you exit the game, your preferred sort order will remain.

- Fixed an issue where the Drone (camera) appears as red when the player is on the B Team in Arena.

- Fixed an issue where the image of the Legend on the top of the screen remained as a frog in Crown Guard, when a player with the crown gets SMASHed by Witch Queen's Ultimate while hanging on the edge.

- Fixed an issue where a solid line was displayed on the border of acquired emojis.

- Fixed the disconnection occurring upon previewing the emoji in the Wolfgang SMASH Pass.

- Fixed an issue where sound effects were not applied to the Super Rare Wolfgang emoji.

- Fixed an issue where weekend Arena statistics were displayed in the statistics in the profile menu.

The statistics for the weekend Arena (Harvest War, Team Deathmatch: Giant, and others) have been removed.

- Fixed an issue where the player's nickname was not displayed during the tutorial in certain situations.

- Fixed an issue where the following profile icons from SMASH Pass: Season 5 appear to be switched.

The update content is subject to change due to unexpected issues.